As part of Cleft Lip and Palate Awareness Week we’ve been asked to share #mycleftstory so here we go!

We had decided that we wanted to find out the gender at our 20 week scan so we could start to prepare Lyric for a brother or a sister. So off we went to the One2one midwife centre in town. First surprise- It was a boy! How lovely, one of each! The sonographer then went on to do the rest of the usual anatomy scans. One of his kidneys was enlarged, but not to worry, it’s quite common in boys apparently, it could rectify itself so they would just check it on some follow up scans. She then said she wanted to scan his face again and she then asked another technician to look. It looked like he had a cleft lip and possibly palate. Amazing really how they pick up on it from this blurry black and white image. In all honesty, I genuinely was not bothered, I was more concerned about his kidney! I knew what a cleft lip was, and I love all things quirky and unique and I knew that he would be beautiful no matter what. In the grand scheme of things, it wasn’t anything life threatening, it could have been a hell of a lot worse. 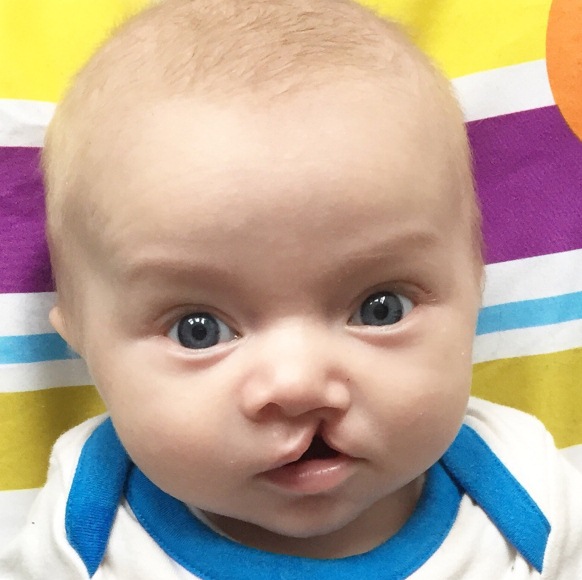 Once we got home I started to do some research and was directed to the CLAPA website. We could look at before and after surgery photos and read up on the palate side of things, of which I didn’t have much knowledge. The website was really informative and we learnt that if his palate was affected that he wouldn’t be able to breast feed (I was sad about this) and he could be in for speech and hearing issues. All in all nothing that really fazed us, we could handle it.

A few weeks later we were booked in for a 3D scan at Liverpool Women’s Hospital with a view to look at the severity of the cleft. Once there we got an amazing view of his face, he was so cute! They also looked at his kidney, which had got larger, but it was just something they wanted to monitor. The consultant then asked us if anyone had spoken to us about genetic testing. The baby had two “defects” – kidney and cleft, that could mean that he had a chromosome abnormality so they wanted me to have an amniocentesis to check. Then came the scary part- she asked us to go through to the counselling room.

That sounded serious. The genetic counselling nurse came through and took us through what they they were going to do (giant needle into the fluid around baby) and what they were testing for. Conditions she mentioned, some we’d heard of, like Down’s syndrome, others we hadn’t, like Edwards and Patau- she explicitly told me “DO NOT GOOGLE THEM”. At this point I completely lost the plot as she explained that depending on what the results were, our baby “may not be compatible with life”. Adam and I were both incredibly scared. The procedure itself was awful but not as much as the wait we had for the results. They were going to take up to three weeks. We were flying to Florida in two. Thankfully, when we returned from our holiday, the results were waiting on our door mat. All clear.

From then we could enjoy the rest of my pregnancy, and rather than worry about what our baby was going to look like, I saw it as an opportunity to be excited, he was going to look unique and we didn’t have long to wait either. 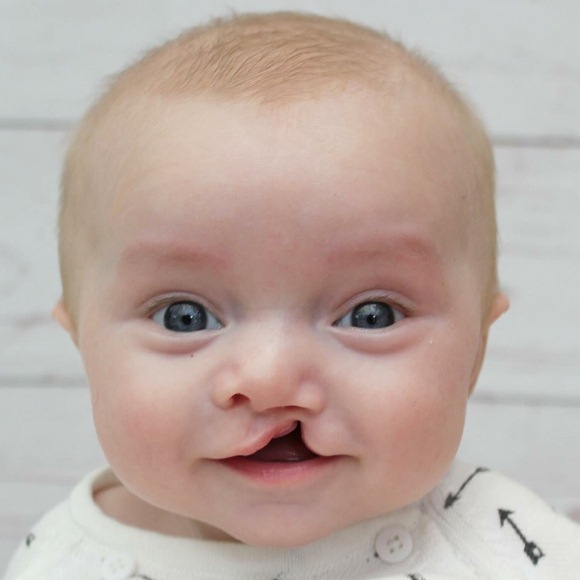 Towards the end of my pregnancy we had a 4D scan so that we could get another look at him. He looked exactly like Lyric!! It was an incredible experience.

We were also invited to a cleft parent support group and met lots of other expectant parents, and we also had our feeding lesson so we knew how to feed him using specially designed squeezy bottles.

And then Jasper was born! A beautiful baby boy! His cleft lip was relatively minor but it had gone right the way through which meant his gum and both his hard and soft palate were affected. He was a trooper though and took to feeding really well, there was a possibility that he would need to be tube-fed but luckily that was never needed.

Jazz needs various surgeries. His lip which was repaired in April, he will have his palate repaired at around 9 months and then he will need a bone graft into his gum when he is 8 years old. He also has other issues with his kidney and his windpipe, but this is unrelated to his cleft. 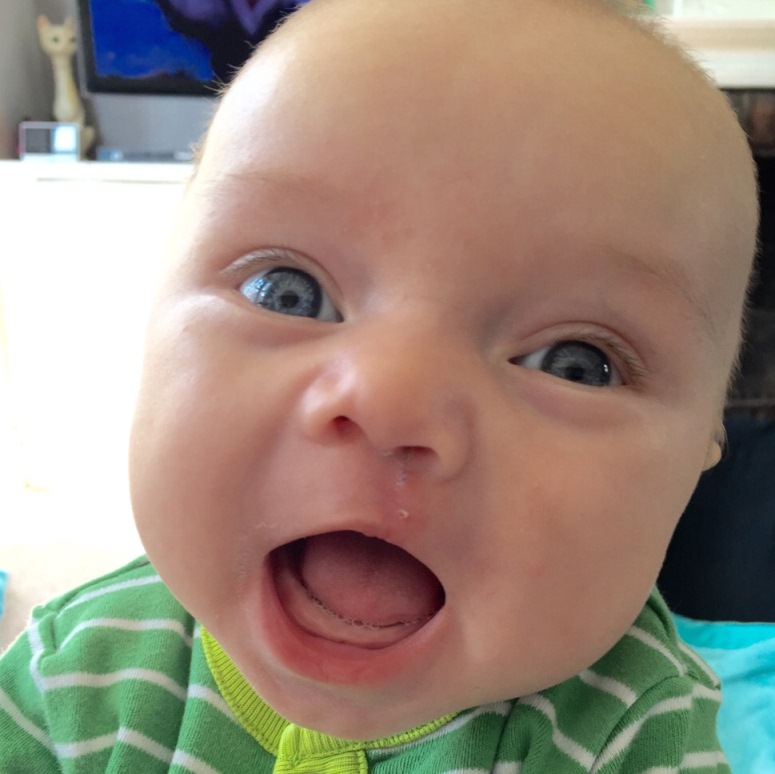 The hardest part of his journey for me so far has been saying goodbye to his cleft lip as I absolutely adored it, but his new smile is just as beautiful. He has a family around him that will always be fighting his corner, especially his big sister Lyric who I couldn’t be prouder of. She is so protective of Jasper and has taken everything in her stride.

Despite cleft being the most common craniofacial abnormality, we have found that there doesn’t seem to be a lot of awareness of it, even amongst healthcare professionals. I hope in reading our story and following Jasper’s journey on FB or Instagram you have learnt something about cleft! Thank you for reading! Be #cleftaware.