My Cleft Story: The Beginnings

Hi my name is Annabelle and I was born in October 2001 with a cleft lip and gum.

It all started before I was born.  After I’d been brewing for a few months, my mum went for the 5 month scan at Kings College Hospital, Denmark Hill, London. She was waiting alone with the scan lady because my older sister was throwing a hissy fit and dad had to take her outside to run around. I’m going to be writing a couple of articles about my life. Not all of it- don’t worry! Just all the important stuff about my cleft story.

Mum looked at the vague image of baby me, I was more blur than baby but she could tell she was looking at my face. Her mum-instinct told her something was wrong so she asked the sonographer, “Is it a cleft?” Which quite surprised her seeing as mum would have no way of knowing I was going to be born with a cleft.

Four months later there I was with an extra big smile, born next to the bookcase in the dining room, aided by a Spanish trainee midwife who came on a moped. I was born with an unusually wide unilateral cleft lip and gum, a squashed nose and a shocking case of jaundice. Everyone said I was beautiful.

Not much happened from October until just before Christmas, I slept peacefully in a wooden cot dressed as a Telly tubby. Friends and family were totally supportive, but there was an occasional time when someone would peer into the pram expecting their idea of a perfect baby and kind of jumped back as if there was a guerrilla in there instead. Hours after I was born, Christine, a Cleft nurse came to see me and the next day, aged 24 hours old I was off to Great Ormond Street Hospital. Mum says London looked beautiful on that evening because there were twinkly white lights in the trees in the square. The consultant told my mum she wouldn’t be able breast feed, because I couldn’t suck right. So mum, being stubborn and determined found a way that involved complicated upside down baby feeding, it worked though!

Well that’s how it all begun, there’s still 15 years and 3 operations left to tell you about stay tuned for the rest!- 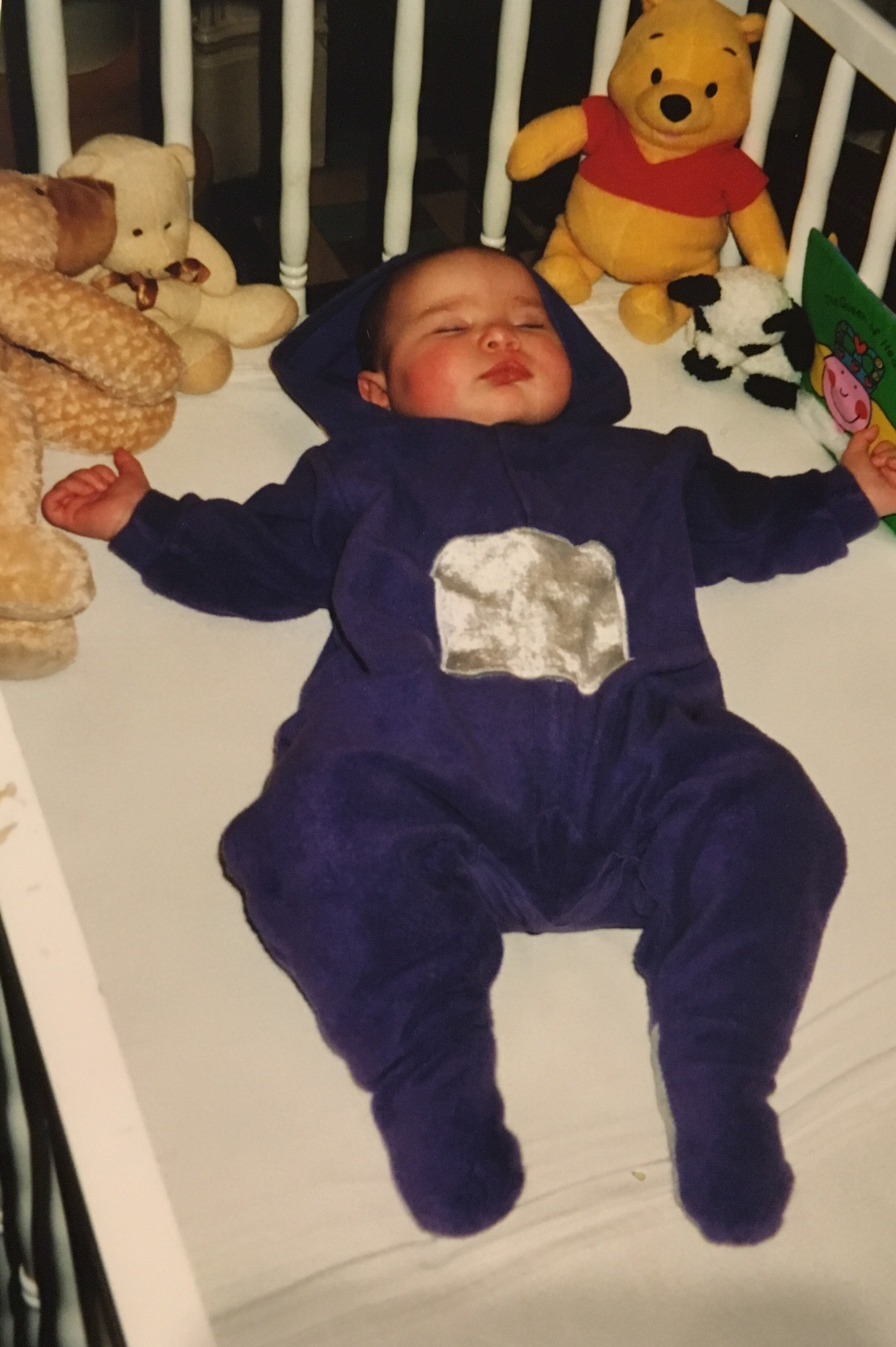 One response to “My Cleft Story: The Beginnings”