I was born with a cleft lip and palate in 1989. I think my parents found out before I was born that I would have a cleft, so they went in search of information and support from the off (from CLAPA, I remember having a red CLAPA t-shirt growing up).

I don’t have any photos from before my lip repair surgery, which I believe was when I was about 3 months old. I had to wear arm braces to stop me from touching my face, still have them somewhere. 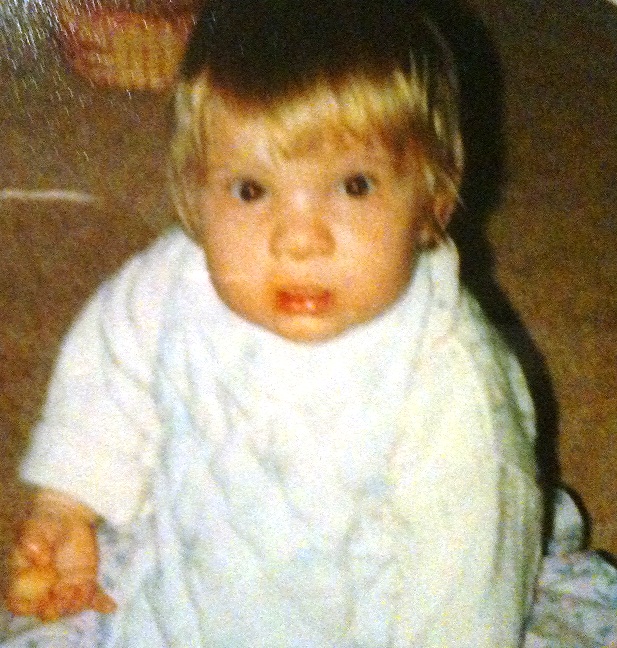 My mum and I worked really hard with my speech, going to speech therapy sessions for years, doing lots of games at home to help. My mum was really particular on my speech, always making me say things over and over until I pronounced it right. When I was younger I used to hate her for it…now I’m so glad she did, now I’m like her with my husband, and he doesn’t even have a speech problem.

I had operations on my ears as I had hearing issues too.

When I started school, that’s when the bullying started. At first it really upset me, I didn’t like being called names for something I couldn’t really help. But I made friends, and soon the name calling just didn’t bother me anymore, it got to a point where I just realised that it was because they didn’t know what it was. 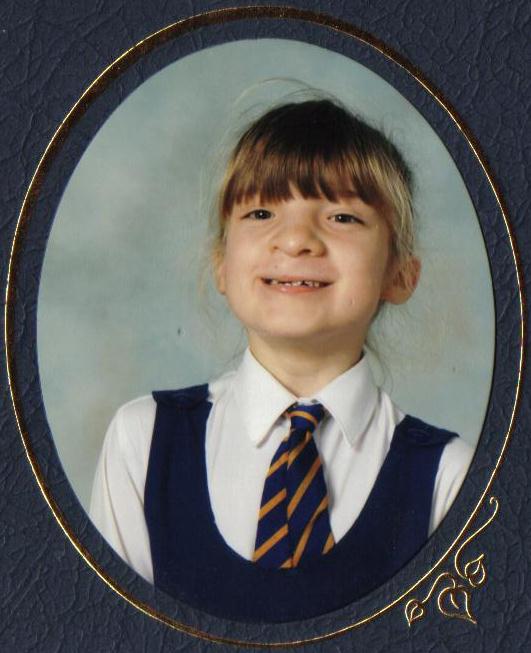 I had an operation when I was 11 to take a piece of bone from my hip to fix a hole in my mouth, I remember being in hospital about 3 days, and the docs expected me to be in longer, but I just didn’t want to sit still. I wanted to be back at school, and with my friends.

I had frequent trips to the hospital all the way up until I was 15, where I had had braces so that I could have my jaws realigned. I had the braces for 2 years and had a date for the operation, I needed both my top and bottom jaw moved. I went in for my pre-op, and had been thinking about it for ages beforehand, and decided I couldn’t go through with it, I was doing my GCSEs at the time, and I really didn’t want to miss any school. For me at this point, it was all cosmetic, what was going through my brain was the fact I had spend my whole life up to this point defending my face and my problems and now I was going to change it and I felt like I was trying to be someone I wasn’t. If I hadn’t been born with a cleft lip and palate, I wouldn’t have been the person I was then.

So it was agreed with the doctors etc. I had my braces taken off. This caused a war in my house, I was then the ‘bad daughter’. My mum had spend the last 15 years trying to improve my life and she saw the fact that I didn’t want this operation as throwing it all back in her face. She couldn’t understand why I didn’t want the operation. And to be honest, at the time I couldn’t explain it to her either, I just knew at the time I couldn’t go through with it. But the doctors always told me I could come back if I decided I did want it.

Time went on, I left school, went to college, got my first job, started to the life I probably never thought I would.

I moved out of my mums house and moved in the my now husband, and we started talking about my clefts and I decided that I wanted to go and talk to a doctor about having the jaw realignment surgery, so in January 2013, 3 months before I got married, I got braces once again.

I then waited until November of 2014 for my operation, it was cancelled the night before, because an old lady had broken her jaw and needed emergency surgery, I was gutted, I had gotten all ready mentally that I was going to have this operation and then it was gone, but 2 weeks later, I had another date and it was time. I booked the time off work, doctors said I would need 2 weeks off. I came out of surgery and I looked like a balloon. My face was so swollen, not sore, I had prepared everything, even got myself a white board and pen, (which I didn’t use, and I had nurses telling me left right and centre to stop talking so much). Eating was really difficult, I was eating yogurts, soup and whizzed up food for weeks. I was off work for a total of 12 weeks. The week I went back to work I had a 3 day residential course with 2 exams to take to become management which I had been studying for before I had my operation. (I passed with honours). 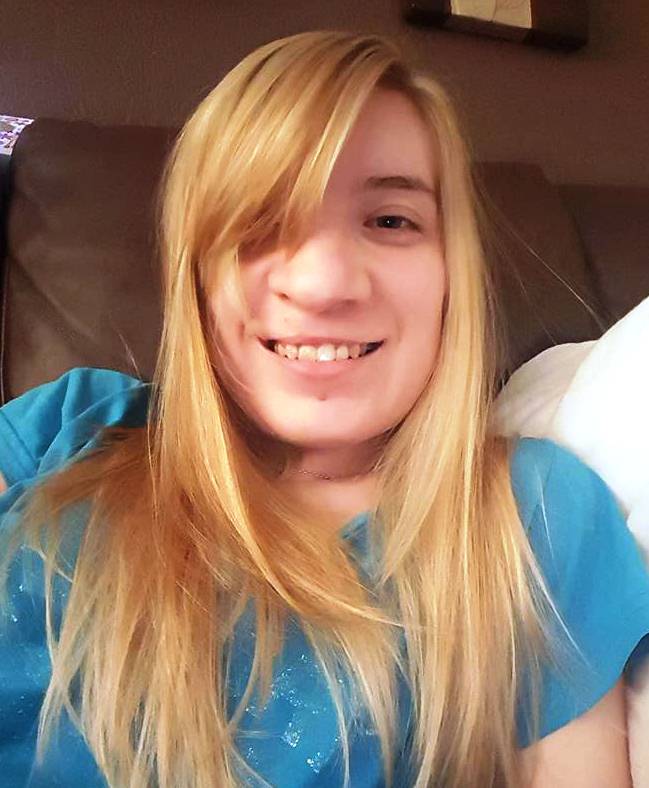 After I had “recovered”, a few months later I still felt how I described as puffy, and then I started getting little pieced of bone coming out of my gums near the site of the metal plates I had had put in to help hold my jaws in place after the operation. Obviously I went back to the doctors and they told me I had an infection in the bone of my jaw as my bones were rejecting the metal plates (and this happens in 10% of cases apparently) and I just happened to be in that percentage. So I had to have another operation to take out the plates and screws, which was nowhere near as bad. As soon as they were removed it was like a relief, the puffiness feeling went immediately and I felt great again.

Having the operation in the end was the best thing I’ve ever done (apart from meeting my husband and marrying him). I’ve thought so much about why I didn’t do it the first time round, but I have come to the conclusion I just wasn’t ready back then. I was happy with myself for the first time ever when I was 15 and I didn’t want to change anything. It was the same in 2013, I was totally happy with myself but I wanted more, I wanted that smile that I had never had before, and I wanted people to stop asking me why I have a big bottom lip, and why do you look so sad all the time, so I had the operation. And I haven’t stopped smiling since.

My story doesn’t stop here though, I am still going to the hospital for the next bit of my journey, the next bit is to fix the fistula I have in the roof of my mouth and who knows, maybe have a look at changing my lip or nose, but those are for a later date as I have got to the point again where I don’t know if I want to change myself again as I’m so happy at the moment.

I can’t tell you how much amazing support I have had from all my family and friends along the way, without them I wouldn’t feel so happy with myself. Adults are a lot more understanding than kids, it’s only because they don’t know. I worked in a nursery a few years back, and all the kids were asking why I had a big nose, they just need information, don’t be offended as they just don’t know any better. Being a teen can be hard with or without a cleft, so my advice to anyone is to just ride with it and do what makes you happy, everyone is unique in one way or another, sometimes you can’t see it, and sometimes you can. Don’t let your cleft be an excuse, as it isn’t one.

I have passed exams, I have got a management job, I have got a husband, kids next, who knows what the future holds, just don’t hold back because of what other people say, and smile lots, it makes you feel better, and it’s contagious!