Naomi is a close friend of CLAPA Trustee Oliver, who was born with a cleft lip and palate and has had a total of 32 surgeries in 28 years. Having supported Oliver through several of these, including a grueling procedure to change the position of his jaws, Naomi knows firsthand the impact of a cleft on not just an individual and their family, but on everyone who cares about them.

“I will never forget the first hospital stay I spent with Oliver,” says Naomi. “We had just finished the school year and before he started college he needed his jaw realignment surgery.”

Jaw surgery is sometimes offered to young people born with a cleft to change the shape of their profile and improve how their teeth fit together. It’s a serious procedure which involves a lot of preparation. Because of this, surgeons will usually try to schedule it during the summer holidays before students start college or university so they’ll have a lot of time to recover.

In London, away from their families, Naomi knew she wanted to be there for her friend to support him through this surgery however she could. But at just 17 years old, it was hard for her to imagine what that might be like.

Oliver was under the Cleft Team in Great Ormond Street when he was younger, but as an older teenager this surgery would take place elsewhere, as Naomi recollects.

“We went to UCH early in the morning and sat patiently in the waiting room whilst one person after another came to check him over. After he changed into the blue and white gown, I waved him goodbye. There was a smile on his face as always, whilst I was holding back tears.”

For Oliver, the anaesthetic made the whole thing last just seconds. But for Naomi, there were hours of nerves as she waited for it to be over.

“I remember looking around the shops, wondering what would be the best things to buy for Oliver when he came out. I knew he would probably be hungry, he hadn’t eaten since 8PM the night before, but I also knew he would be in severe pain around his mouth.”

“My 17-year-old brain struggled for a bit. I thought about getting a nice cold milkshake from the popular burger chain located next to the hospital. But, of course, the milkshake machine was down! I landed on smoothies, and lots of them, in all different flavours, shapes and sizes.” 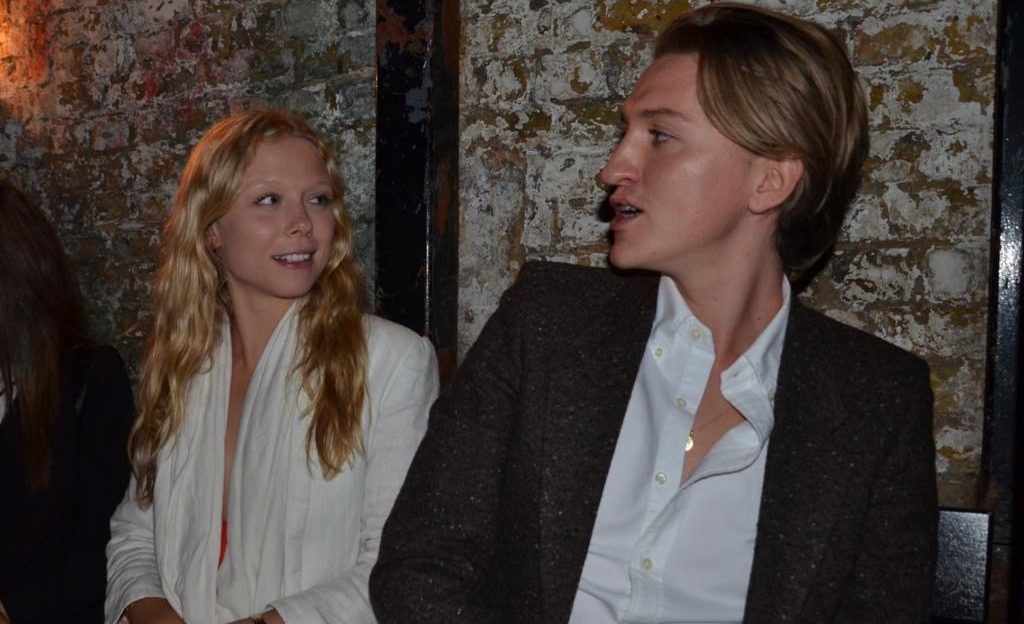 Eventually, Naomi got the news that Oliver had come out of surgery.

“I waited patiently in the recovery room as Oliver was wheeled in. It was quite overwhelming to see him when he woke up. His face was very swollen and his mouth was bleeding. I was given large swabs and cups of cold water to clean his mouth with. As he was still pretty unconscious, I sat wiping away the blood and holding his hand.”

“When he did come round, he was happy with my choice, and although he only managed one of the smoothies, what are friends for if not helping out with fruit drinks?”

Naomi stayed at the hospital by Oliver’s side that night, watching over her friend.

“Through the night I woke every few hours to check he was okay. Thankfully the wonderful hospital and NHS staff provided me with more than enough to be comfortable.”

“Soon enough, the morning came and Oliver being Oliver woke up and cracked a joke about my sleep-talking. Through the rest of the day we played games, read magazines, ticking off all the things you do to pass time in a hospital.”

“Another night passed and after being checked over by the doctor we were allowed to leave.”

Naomi took Oliver back home and made sure he had everything he needed to recover.

“The following two weeks consisted of a lot of checking in on him, bringing food and keeping him occupied.”

Naomi marvels at the impact that treatment as an adult has had on Oliver.

“Over the years I’ve watched many more operations, it’s so great to see the difference they have made to Oliver and his confidence.”

For Volunteers’ Week this year, Oliver shared his reasons for wanting to get involved with CLAPA as a volunteer Trustee. He knew firsthand what a huge difference a supportive community could make in a child’s life, and wanted to do whatever he could to help. “Something as simple as going to a Christmas party as a child where everyone is the same as you can do so much for self-esteem and self-worth,” he says.

It’s a drive he’s shared with his friend Naomi, and she was only too happy to get involved. “It’s a privilege,” she says, to be able to use her profile to shine a light on cleft lip and palate and support CLAPA’s work.

This World Smile Day, could you help us show that #EverySmile tells a story?

If you’re inspired by Naomi and Oliver’s story, why not share your own with family and friends by creating a Facebook Fundraiser? It’s fast, free, and 100% of the funds go straight to CLAPA, helping us be there for people and families in need all around the UK.