Bellway makes donation to CLAPA after support for Noah 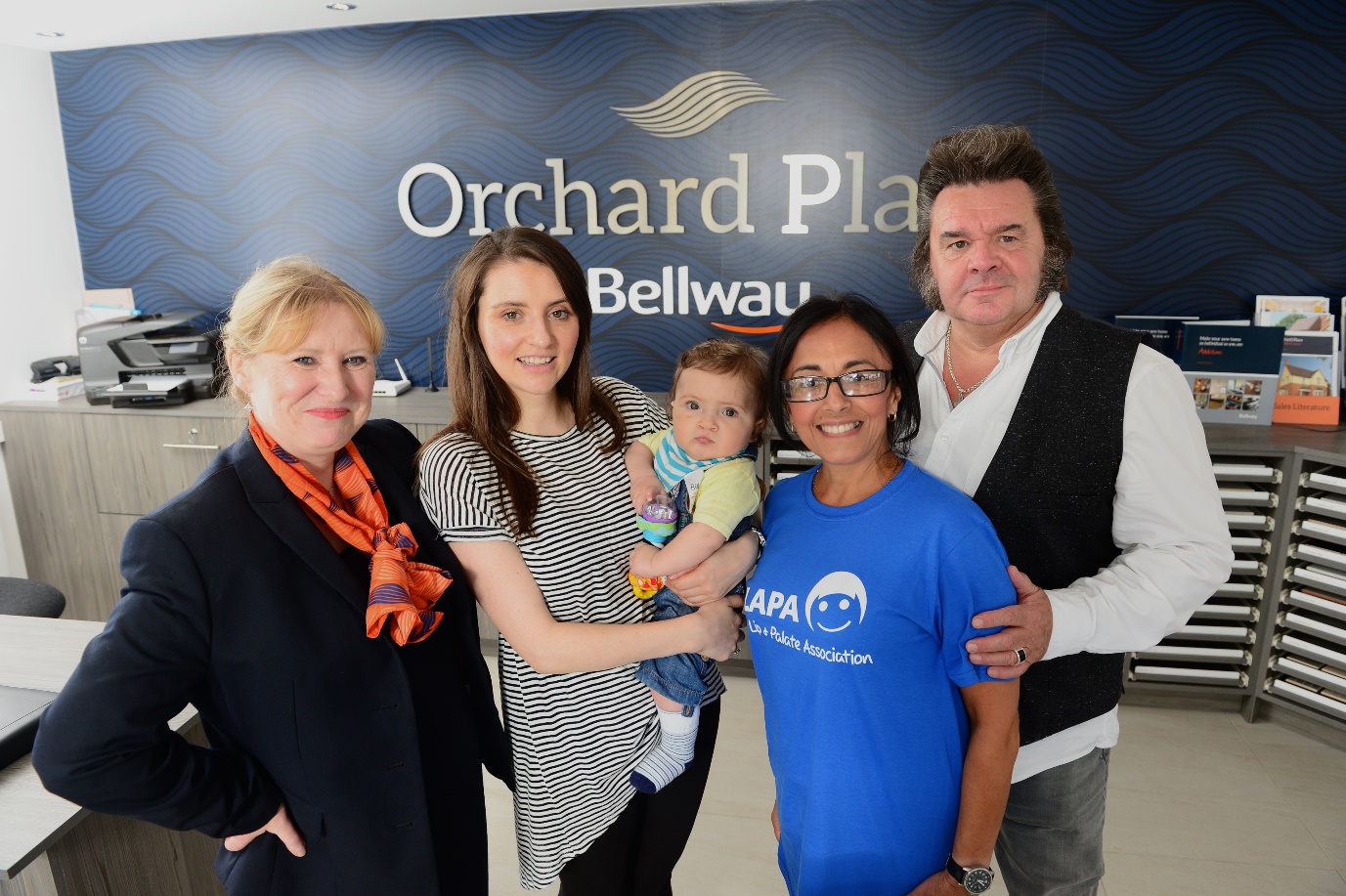 A charity which specialises in supporting people affected by a cleft lip and palate has received a £600 donation from Bellway.

The housebuilder donated the money to the Cleft Lip and Palate Association (CLAPA) after the charity supported the family of one of its sales advisors.

Margaret Soldani’s grandson, Noah Stafford, was born with a bilateral cleft lip in January, and has since had two successful operations at Birmingham Children’s Hospital to treat the condition.

Margaret, who is the sales advisor at Bellway’s Orchard Place development in Evesham, said the support her family and Noah had received from CLAPA had been brilliant.

She said: “CLAPA have been there to support our family ever since the day Noah was born, and hopefully the money Bellway has donated will help them to continue giving the same fantastic support to other families just like us.

“Noah is doing really well. He had his first operation when he was about 5 months old which was to fix his lip, and the second operation has been carried out recently to fix the hole at the top of his mouth. He shouldn’t have to have any more operations now until he is eight or nine years old.

“There is no way of telling that a child will have a cleft lip until they are born, but we were visited by some specialists from our local cleft team as soon as he was born. They took us through everything that could happen and gave us lots of advice, which was really reassuring. Noah has also been assigned a team which will stick with him through to adulthood, which will monitor all of the things that could be affected by a cleft lip, such as speech, breathing and the formation of teeth.

“When babies are born with a cleft lip, they can have problems feeding from a normal bottle. When my daughter Annalisa and Noah were able to go home, CLAPA had arranged a delivery of all sorts of equipment to help them straightaway, which was brilliant.

“The whole team have been brilliant, and I thought this would be a great way to show my thanks for the wonderful work they have done.”

Since it was formed in 1979, CLAPA has been the only national charity dedicated to all those with and affected by cleft lip and/or palate in the UK.

As well as providing advice and services to help families before and after the birth of their child, CLAPA also has a national network of trained volunteers which are available to give one-to-one emotional support, and also arrange meet ups and local events.

Matt Charlton, Community Fundraising Manager for CLAPA, said: “We would like to say thank you to Bellway for their generous donation of £600, which goes a long way to support our fundraising efforts.

“The support from Bellway means that we can place two volunteers on our Parent Support Training Day, where they will learn to provide emotional support and a listening ear for parents and carers of children born with a cleft.

“We receive just a small amount of statutory funding, so it is support such as this which allows us to continue our life-changing work.”