CLAPA’s Children and Young People’s Council (CYPC) is a group of 9-17 year olds who were born with a cleft. They meet four times a year to talk about what matters most to young people born with a cleft and to make sure CLAPA is doing all it can to support others like them.

Last year, the CYPC got an exciting opportunity to work with Kev Sutherland, a comic artist who has worked on a number of publications, including The Beano and Marvel Comics. Kev joined the CYPC at their adventure weekend in Shropshire in 2018 and came along to a later meeting in London to help them design a CLAPA comic.

A big part of the CYPC is helping our young volunteers learn new skills as they use their experiences to help others like them, so we were delighted to have Kev come in and help the CYPC produce something that young people in the cleft community could enjoy.

Kev ran a workshop with the CYPC to teach the basics of creating a comic and drawing characters. With his help, all the CYPC designed comic strips with a story which meant something to them. Kev also created caricatures of all the CYPC members! The Comic was launched at CLAPA’s 40th Birthday celebration event, where copies were available to guests.

In creating their comic strips, the CYPC wanted to show characters born with a cleft (whether human or animal!) facing and overcoming challenges big and small. Some of the comics are educational, some are just for fun! 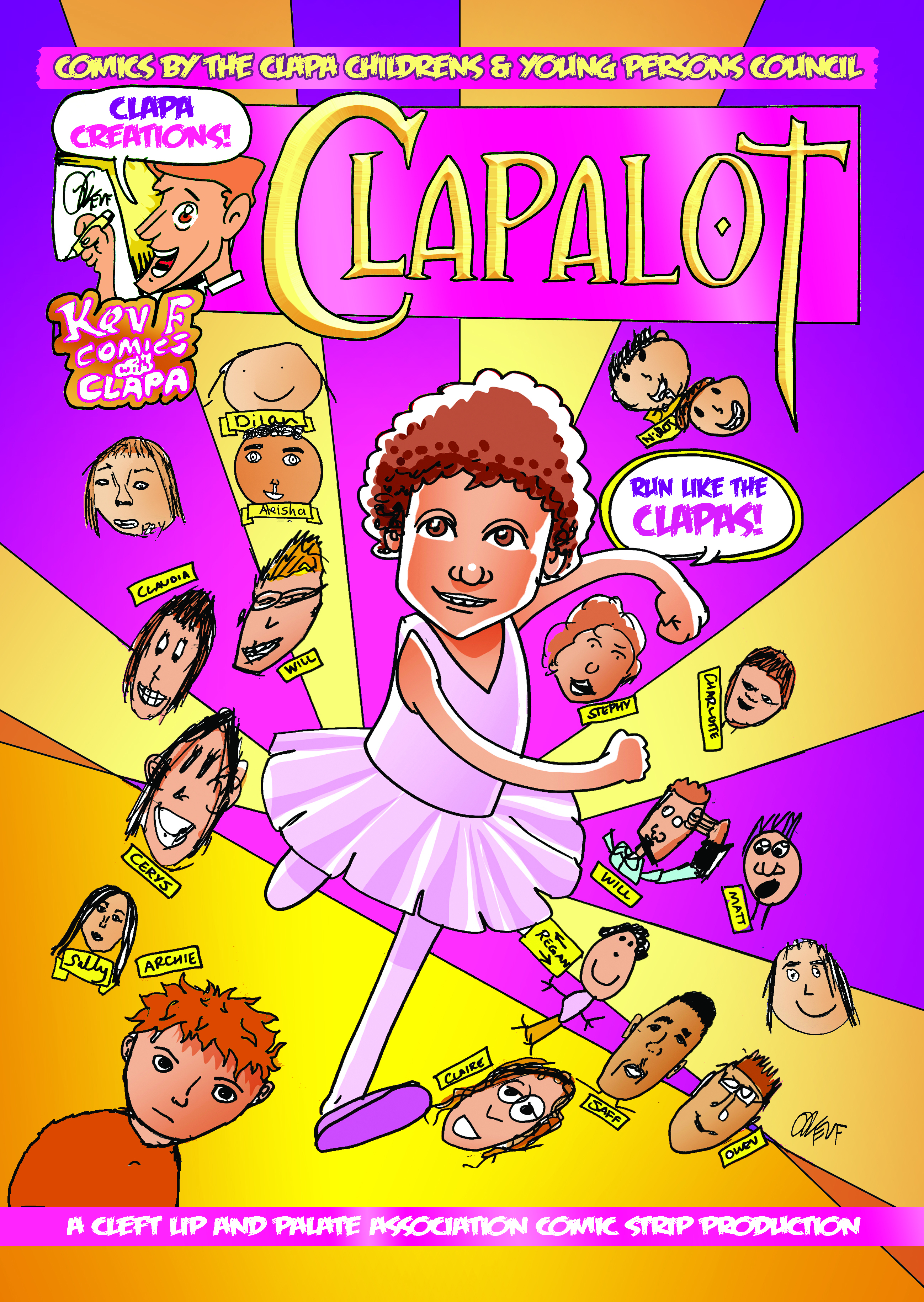 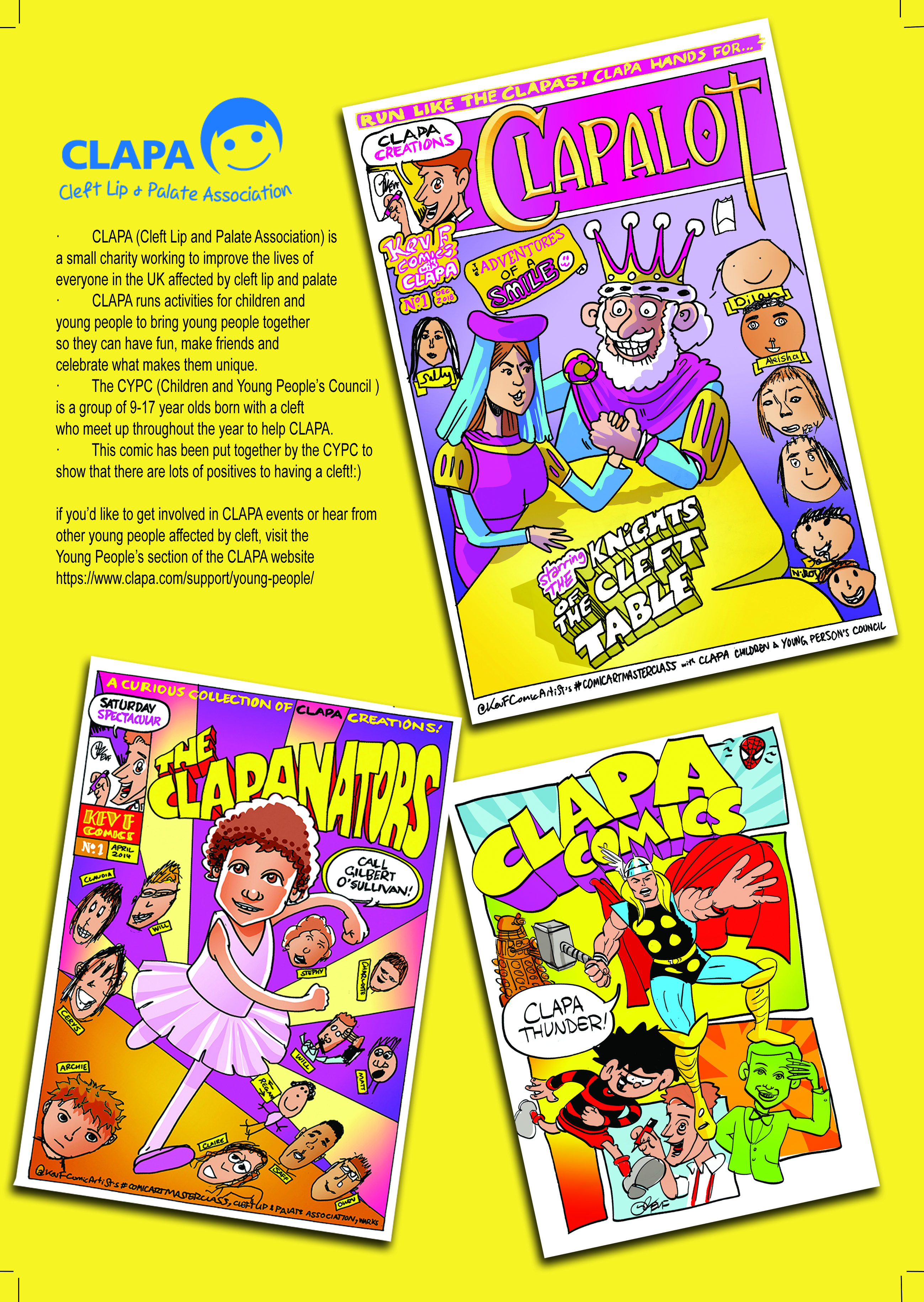 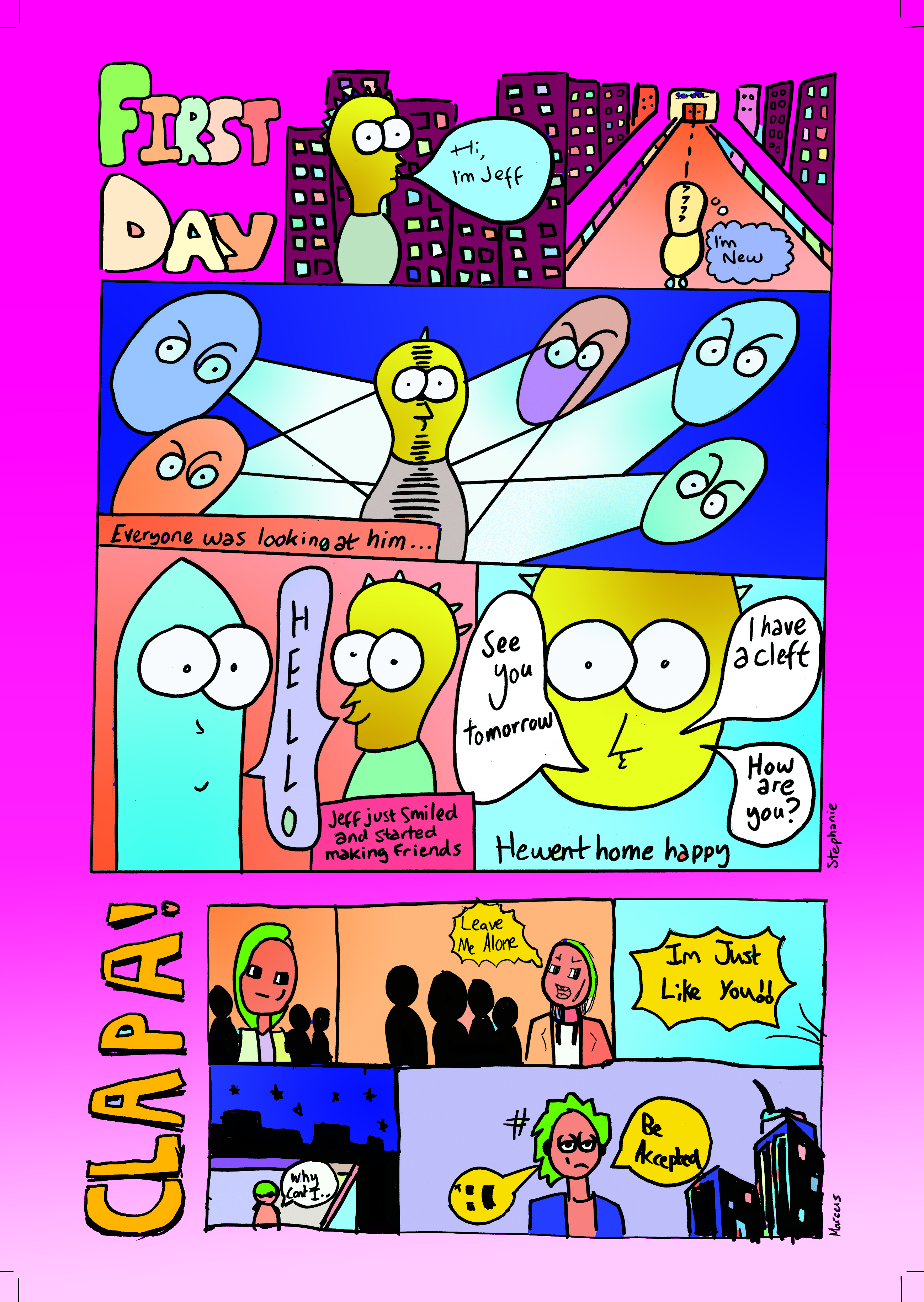 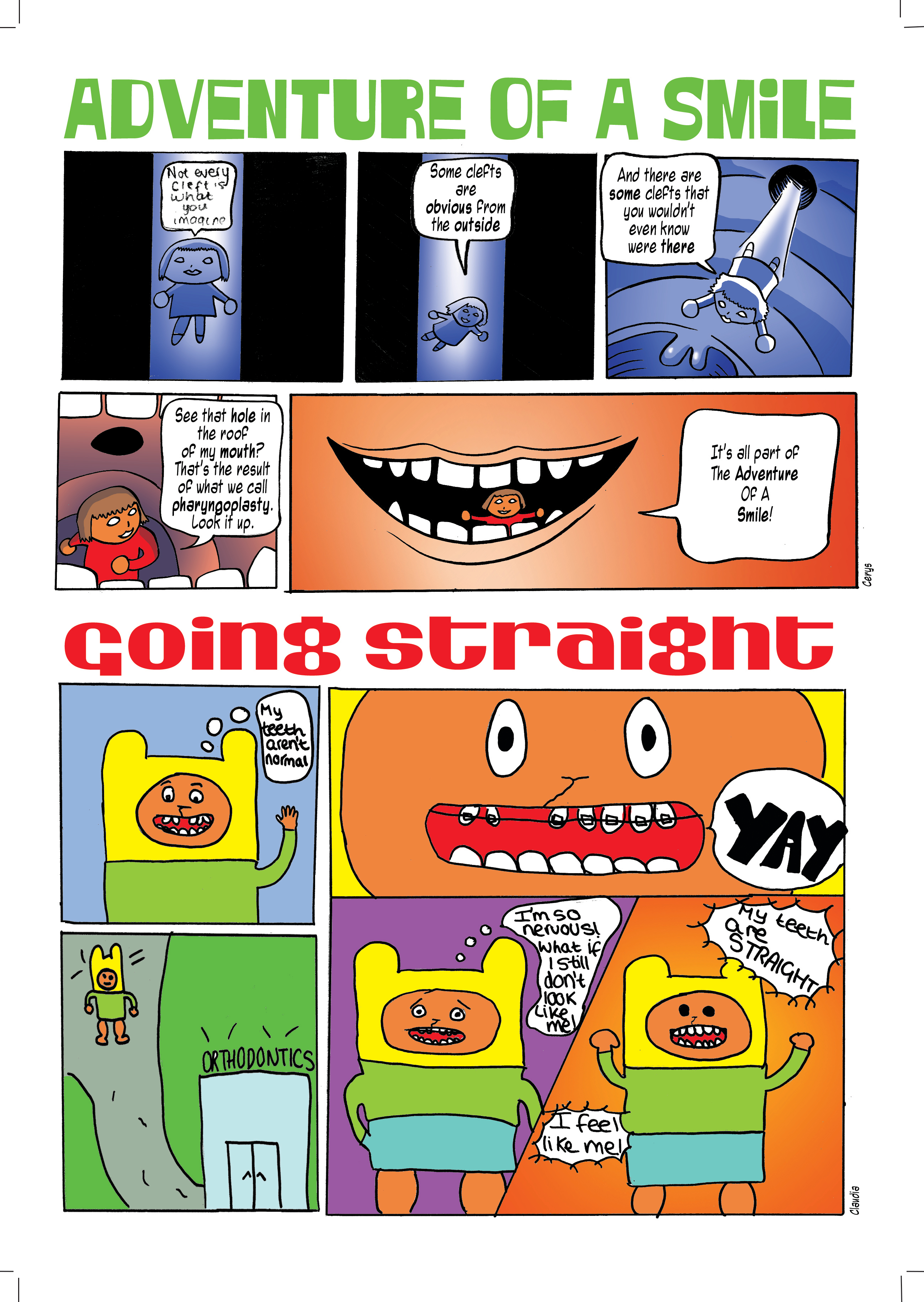 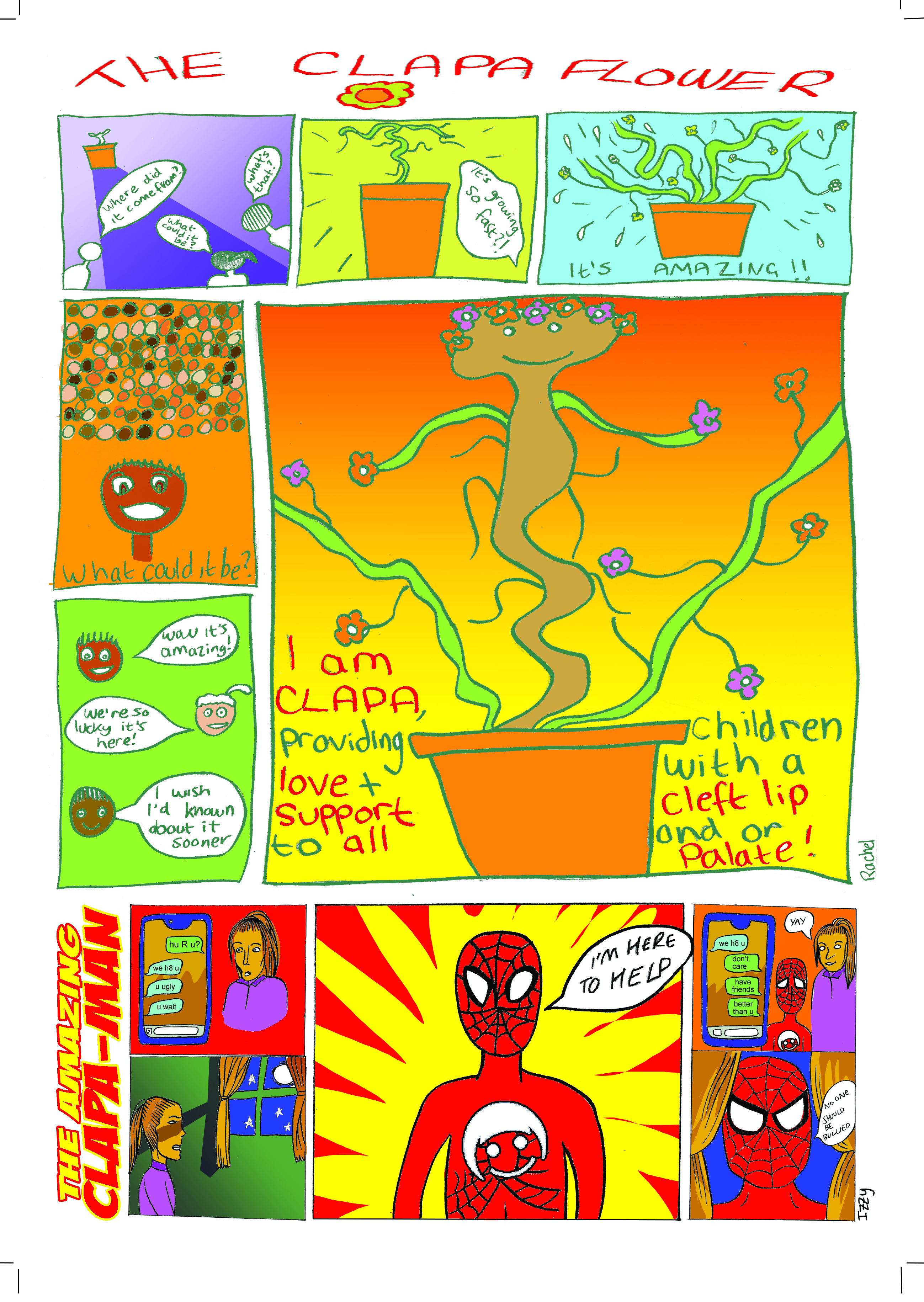 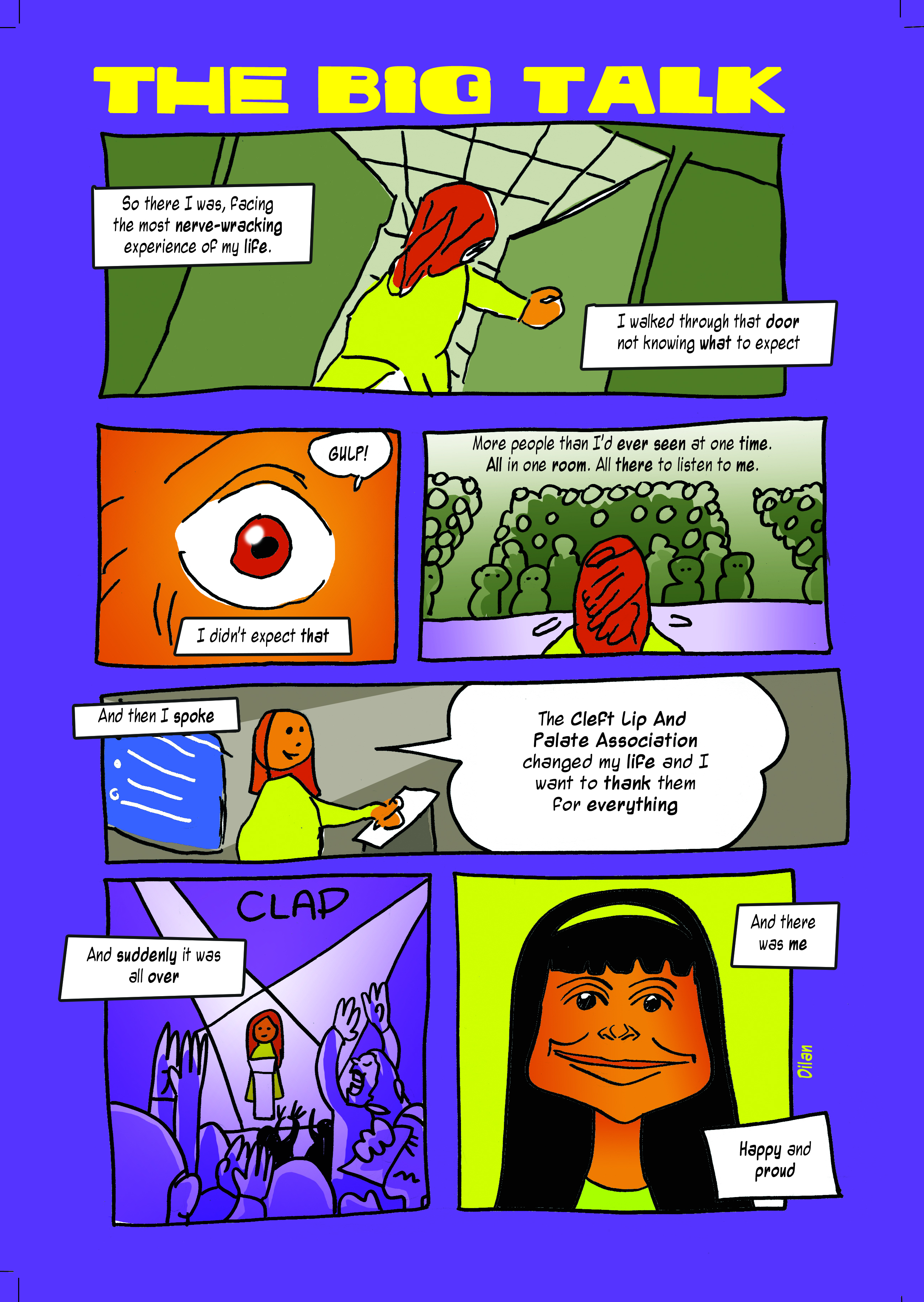 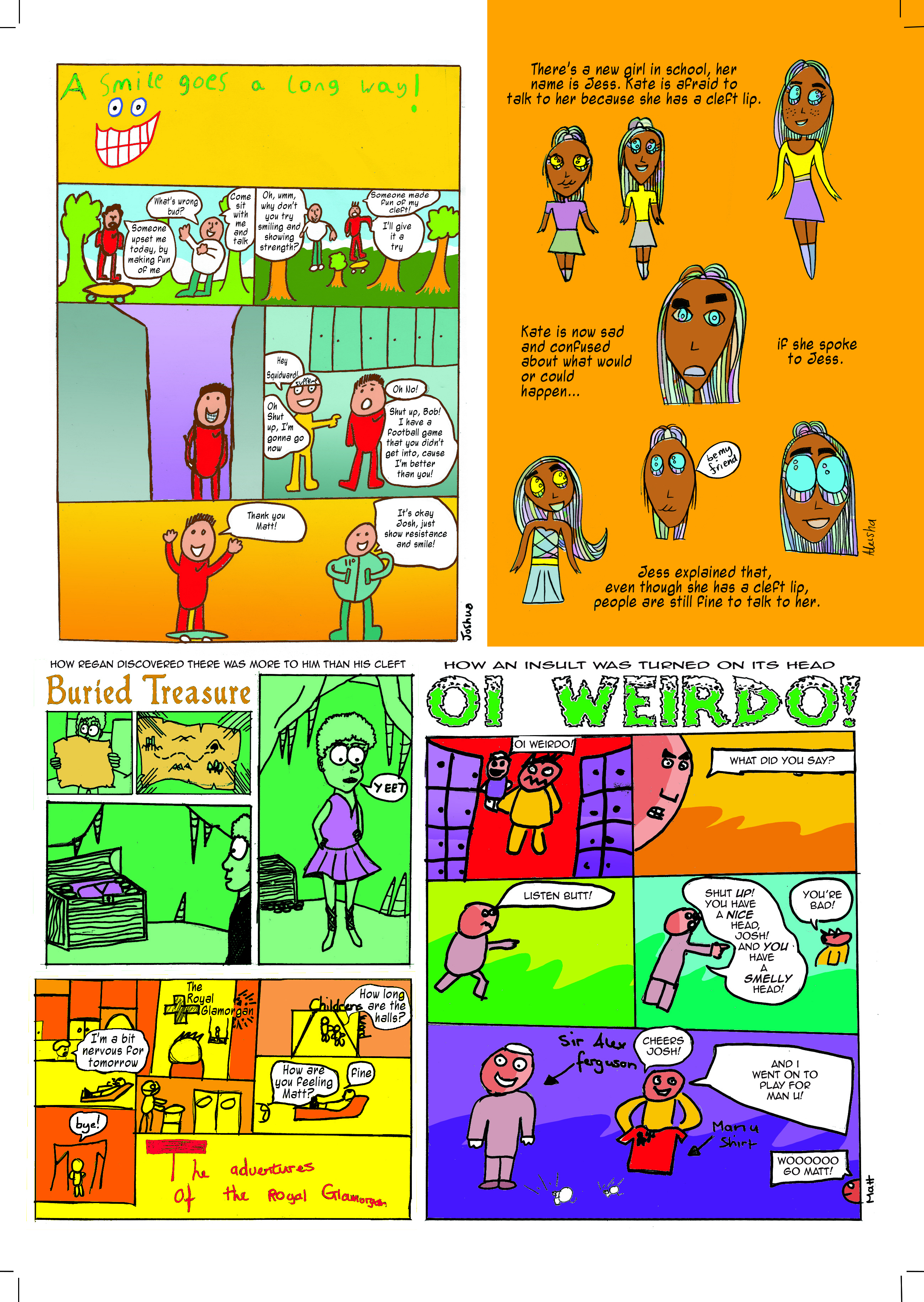