For the second day of Volunteers Week, we’re turning our attention to South West England where our Devon and Cornwall Branch have been growing steadily since their first meeting a few years ago.

Amanda Drake-Worth chairs the Branch and has volunteered for CLAPA in a number of ways since joining us five years ago, including becoming a Parent Contact and running a Happy Faces group. Amanda’s daughter Amy was born with a cleft lip and palate in 1992, before the modern Cleft Teams were in place and before CLAPA was able to reach new parents as quickly and easily as we can now. She had very little support when Amy was growing up, and now that her daughter is an adult Amanda wants to make sure no one in the area has to go through it alone.

She writes: “I originally volunteered as a Parent Contact as I absolutely love being able to help and support parents and their beautiful children ~ I really don’t want them to feel isolated and anxious as I was.” 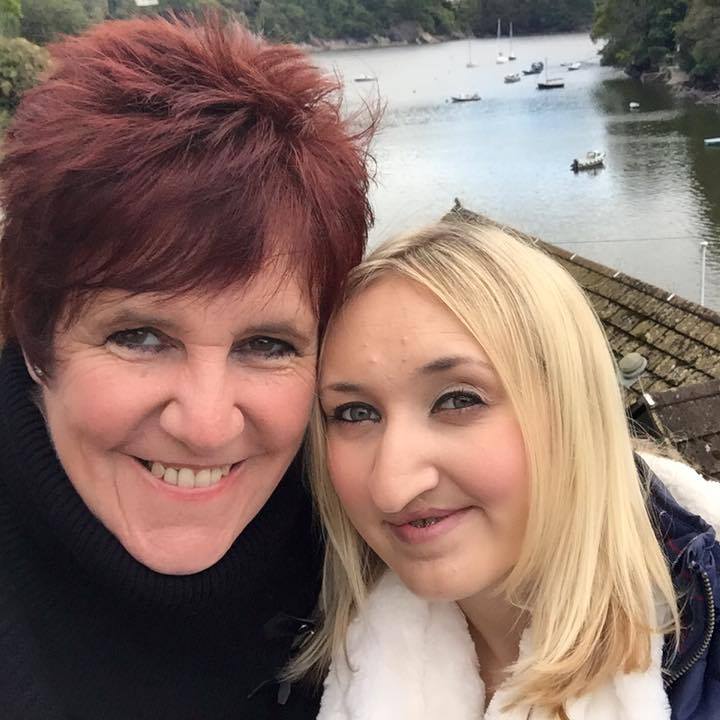 Also on the Devon and Cornwall Committee are Peter and Dianne Trower, parents of Ryan, 17. The whole family is involved with volunteering for CLAPA.

“Our son Ryan was born on January 21st 1999 with a cleft lip and palate, at Basildon University Hospital.

We had no idea he had a cleft lip and palate so it came as a bit of a shock to us. Within a few hours a lady called Ricky Lake came to see us and told us she worked with CLAPA. She really put our minds at ease and assured us everything would be fine.

We had wonderful support from CLAPA and met lots of wonderful and caring people. We have also been to some events which CLAPA organised, for example, Christmas parties, and a great day out at Silverstone as guests of the Embassy Racing team.

When Ryan was 12 years old he joined the CYPC and has made lots of friends. This is normally 4 meetings a year either in London or Birmingham, where the children meet up and discuss ways of improving things and organising things for children with clefts. It is also a good excuse for eating lots of pizza. He is now 17 and will have to leave the Youth Council soon. The Youth council has really helped Ryan’s confidence grow and he loves going to the meetings.

When the Devon and Cornwall Branch was just getting off the ground, we had an e-mail asking if we would like to be part of this new CLAPA committee. We said yes and so in 2014 myself, my wife Dianne and Ryan became volunteers for CLAPA. We attended a local one day induction course and were ready to start.

We have regular committee meetings where different fund raising events and events for the children and families are organised.

Dianne does a lot more than me in organising events; I just do as I’m told. I do play Father Christmas at the Christmas parties which is great seeing the small children’s faces either look up in amazement, or pure terror at this large man in a red suit and long white beard.

As a fitness instructor Dianne knows a lot of people and this really helps when it comes to raising money. People will do coffee mornings etc. and give the money raised to CLAPA because they know Dianne.

One of the easiest ways to raise money is through bag packing at a major food store. On one Sunday we made over £800. We could also have a table at the entrance helping to raise awareness of children born with a Cleft and what support is available for families.

When we lived in Essex there was a lot of help from the first day Ryan was born. We never had to find much out for ourselves, but since moving to Cornwall we have heard so many stories of families not getting the proper support and a lot have not even heard of CLAPA. We always wanted to give something back to CLAPA for the support they gave us over the years and by becoming a volunteer hopefully we can give something back. It doesn’t take up too much time and you can do as much or little as you like. You get to meet lots of people who all have a different story to tell.

I like meeting the parents who have just had a baby with a cleft. It all seems very daunting and can be frightening for them. It is nice for them to talk to someone who has nearly finished the journey they are about to start. I only have to point out our son Ryan and they can see he is no different than any other teenager, a real pain in the backside (only joking).”