Ahead of Awareness Week 2018, we are sharing stories of people’s experiences with cleft in the UK. Keeley got in touch to share her wonderful story, in the hope it may help others.

I was born in 1984 at Doncaster Royal Infirmary with a bilateral cleft lip and palate. During my mum’s pregnancy, scans had not picked up anything unusual so my parents only found out about this after I had been born.

As soon as I was born I was whisked away from my parents. They weren’t allowed to see me in case it caused them distress (as they were not prepared to see a baby with a cleft lip and palate). They asked if everything was alright and were told they were just waiting for a doctor to come and check me over before they could see me because I had something “wrong” with my lip. My dad (who had himself been born with a cleft lip in 1955) asked if I had a cleft lip. The nurse nodded and my dad just asked if he could hold me. The nurse noticed my dad’s scars and realised he understood exactly what was going on. My dad was then allowed to hold me before the doctor arrived.

Once a diagnosis had been officially confirmed my parents were put in touch with organizations, including CLAPA, which would offer support and put them in touch with others going through the same thing as them. From day one my parents showed me how to be proud of who I am, and taught me that I can achieve anything I want to achieve.

The first few months involved a lot of hospital appointments and operations to repair my palate and my cleft lip. Obviously I was too young to remember any of this. This was only the beginning of my journey.

It was soon discovered that my condition had had an effect on the way my ears worked. My parents were told not to take me swimming and to avoid getting water in my ears, as they were unable to drain fluid properly. They were also told I had decreased hearing capacity and that I would more than likely suffer badly with “poorly ears”.  As you can imagine, this led to even more hospital appointments.

Once I was old enough I underwent surgeries to place T-tubes in my ears to help drain fluid. I hadn’t realised how compromised my hearing had been until after the surgeries when I ran terrified to my mum because I could hear a “scary” noise coming from behind the fire at home. It was just the sound of the pipes as the heating was switched on. It had done the same for years yet I was only hearing it for the first time. With the ear problems came the severe ear infections. I would have at least 3 a year, where I would scream in agony for days.

Due to my mouth and nose being different to most other people’s, I was also referred to a speech therapist at a young age. I can vaguely remember these appointments and I was soon told that I would no longer need to attend them as I had responded so well to the therapy. The speech therapy team said they would still keep a close eye on me at my annual reviews.

Every year, all the cleft professionals on my team would meet together in a room with me sitting in the middle and them around the edge with my parents talking about my progress, treatments, and the next steps. The professionals on my team included an orthodontist, a plastic surgeon, a speech therapist, and a doctor from the ENT department. I didn’t really mind these clinics. I was treated like a bit of a celebrity. Some of these professionals had been on my team since the day I was born, when they came to examine me in my hospital cot. They were lovely, caring, and wonderful people.

At the age of about 10, my orthodontist began work to change the layout of my teeth, mouth, and jaw. Between the ages of 10 and 16 I was given braces, palates, retainers, and train tracks (sometimes at the same time) but never with a break in-between. This was the part I found the hardest. I hated wearing braces, with a passion.

When I was in Year 7 at school, my plastic surgeon and my orthodontist decided it was time for me to have an Alveolar Bone Graft, where bone would be taken from my hip and put into my jaw. This procedure was done at Sheffield Children’s Hospital.  I was not prepared for my hip to be a lot more painful than my mouth post-surgery but this was indeed the case.

Appointments continued month after month –  the ENT clinic, orthodontist clinic etc. Then, when I was in Year 11 getting ready to sit my GCSE’s, my plastic surgeon told me I would be undergoing even more surgery. This time it would be plastic surgery where my old scars would be cut away in order to attempt to give more shape to the space between my top lip and my nose and to pull my lip lower, to give me a more “normal” appearance. This was also to be done at Sheffield Children’s Hospital. I was excited to see the end result but was not prepared for the painful recovery process. I was very swollen and it was painful to talk, laugh, smile, and eat. After a few days in hospital I was allowed to go home and, after a couple of weeks, I returned to school to continue my GCSE preparation.

At my next annual review with my team of professionals, my plastic surgeon told me that there was one more plastic surgery procedure that he wanted me to have. He wanted me to undergo rhinoplasty surgery to make my nose less flat. I sat there as a 17 year old girl that had had undergone a lifetime of surgery and hospital appointments and told my team I was happy with the way that I looked, and I refused the surgery. Me and my mum had a heated discussion about this as she thought I should have had it done. However, in the end she respected my wishes and I was discharged from all departments.

After being discharged my cleft was never an issue. I continued with normal life. I had friends, boyfriends, went out partying, went to university (twice!), and got married. The cleft issue never, ever arose. 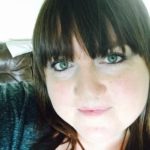 Then in April 2007 I discovered I was pregnant. I was very excited. However, my second thought was “what if the baby has a cleft lip and palate like me?”.  I sought medical advice and was told that we would know more at our 20 week scan. When the date of my 20 week scan arrived I was worrying about whether it would show any signs of cleft lip and palate but tried to mask this by showing excitement about finding out the sex of our baby. The sonographer told us we were having a girl. As far as they could see there were no signs of a cleft lip, although they couldn’t be one hundred percent. There was no way of telling whether there was a cleft palate or not until the baby was born. Basically it was “so far so good, but wait until the birth to be sure”.  In December 2007 I gave birth to a little girl with no cleft.

We went through the same experience twice more with our son and our youngest daughter. None of our three children were born with Cleft Lip and Palate.

And that’s our family complete! Worry over….until grandchildren come along.

Thanks so much to Keeley for sharing her story!