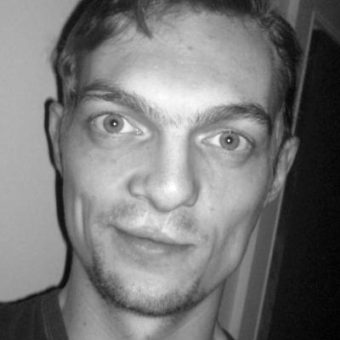 It’s 2005 and I’m 18 years old. Currently, I’m in an elevator with my family, leaving the hospital after surgery. I’ve had little-to-no sleep and (as a result of the dentofacial osteotomy) my jaws are wired shut. Almost spontaneously, I burst out crying. This is going to be too hard, I think to myself. My Nan comforts me as we make our way back to my Dad’s car.

Though, I think I’m getting ahead of myself.

Quick introduction: my name is Dan Entwistle, I’m 27 years old and I hail from Bolton (though, controversially, I support Manchester United). I was born with a unilateral cleft-lip and palette and developed a somewhat pronounced under bite as I grew.

Growing up with a cleft was both difficult and strengthening. Difficult in that, like many children (with or without a cleft) I was bullied by other kids. Strengthening in that, I genuinely believe that my cleft made me a better person.

Perhaps, rather obviously, I don’t remember my first operations when I was a baby and toddler. Looking back at photographs with my family, it’s fascinating to learn that I required a plastic feeding palette. I also learn that I wasn’t breast fed or sucked my thumb. It was a strange realisation for me that that was the reason why I had never understood why grown people suck their thumb for comfort.

The first major surgery I can distinctly remember is when I was ten years old. My under bite had become quite noticeable as I had grown and this surgery was going to be the first step in correcting it. Basically, a piece of bone from my hip was going to be transplanted into my upper jaw bone, allowing it to grow at a more consistent rate with my lower jaw. Once I had reached a stage where I had sufficiently developed, the surgeons could correct the under bite.

This surgery was particularly difficult. As a 10 year old, you want to be out playing football or inside with video games – instead, for a few days, I was in hospital. The single worst memory from that time was that every six hours I was required to have antibiotics via the IV tube in my wrist. The problem was that these antibiotics had to be kept refrigerated and I think I will remember the horrible feeling of them going into my veins until they normalised with my blood temperature forever.

And so we arrive back in the elevator. When I was 18, the surgery was far more obstructive then anything I could remember. The procedure (dentofacial oseteotomy) would remove both my upper and lower jaws. These would then be set in new positions to rid me of my under bite. Finally, the jaws would be held in place with titanium screws whilst tight bands joining my braces would hold them in place until the bone had healed.

This would take a month.

The knowledge that I would have to live a month without solid food utterly terrified me. I’m not exactly the biggest person in the world (perhaps ‘svelte’ would be an apt description), so naturally I was afraid that I was going to lose more weight. My face was very swollen and I realised that I had the look of Peter Kay (and as I’m from Bolton, I sounded like him). Fortunately, I had good close friends who lightly made fun of it and a supporting family who walked me through it and I owe so much to them all.

When the wires on my braces were finally removed (one of the happiest days of my life), my Dad and I raced home and he asked me the question I’d waited 30 long days to hear: “What would you like to eat?”

And I answered, of course: “One bacon butty, please”

When it was ready: the strangest sensation: different teeth were now touching different teeth as a chewed. I had to teach myself how to chew again! Naturally, bits of bacon and bread went everywhere all over the table as I ‘ate’, but if I’m being honest it was probably the best meal I’ve ever had.

Growing up with a cleft was a strange experience. I never felt any apprehension or nervousness when asked about it. In fact, I relish it when people ask (especially younger people). It allows me to articulate what it is like to be born with a deformity that I could not possibly had any control over. When people ask me about it I typically try to go into as much detail as possible – the surgeries, the feelings and the fascinating world of cleft palettes.

Of course, it was not always so fulfilling.

Children will probably bully other children until the end of time, but it’s difficult not to feel unfairly singled out. In both Primary and Secondary school, I was the only child with a cleft. I was called the usual (ugly) to the unusual (volcano-face). However, it wasn’t until I started Secondary school that it became really difficult.

Perhaps as a result of my choosing to grow my hair long (think of the band Hanson) or that I was into a particularly rocky type of music, but I was suddenly very aware that I wasn’t that inconspicuous. Someone started calling me “Fish” (as a result of my under bite, not that I like swimming), and that name followed me around for pretty much my entire time at Secondary school. There was something quite disconcerting about someone you’ve never even seen before, point at you and yell the word. I got into slanging matches (and a few fights), perhaps as teenage boys do, but I treated it as background noise.

I’ve never blamed the teachers – as I see it, there’s little they can do. If someone wants to say something, they will do and if I tell a teacher, then all they can do is offer some punishment and tell them to stop. It’s up to the bully whether they actually want to. Outside of monitoring them 24 hours a day, there’s not much that can be done to stop it. That’s why I think there should be a concerted effort in schools to talk about differences (and not just physical differences). If we can educate young people about how differences make us what we are, rather than define us in a negative way, we could go a long way to making it easier for young children.

For much of my formative years, I dealt with this in an introverted way – it was easier to simply stop, think and process what people were saying, rather than running to my parents or teacher.

This had both a negative and positive result.

On the negative side it conditioned me to treat almost all of my problems with an introverted outlook. Better to deal with issues myself, rather than looking for help. This would allow things to build up until I could no longer deal with them. While I’ve certainly refrained from being so introverted now, at age 27, it’s by no means fully gone.

However, it also allowed me to understand that I cannot simply judge people on looks alone – the self-same people who bullied me might not have known that we probably had a lot in common. In fact, rather recently, a former classmate of mine apologised (albeit drunkenly) that he bullied me in school!

Rather fortunately, I had an excellent speech therapist in my younger years. She allowed me to develop my language and to work my way around the difficulties I may have had. Funnily enough, my speech has never been a barrier – in fact, I recently attended a management workshop where I had to present to a group of people and my presentational clarity was praised by my peers.

As I reached my late teens and early twenties, it was much easier. Though I am sure that there are people who may have muttered something under their breath or stared, I am fortunate that I have surrounded myself with a close group of friends who see me for the funny, kind (and clearly modest) man that I am today.

I am also supremely grateful to my family. A mother, father, stepmother, stepfather, sister, Nan and an extremely large extended family who care for me in ways that I will never be able to repay. My parents raised me not to be judgemental or cruel, but to instead care about people. My outlook on life, as a result, is one of equality and fairness. I do not and cannot judge people just on their looks alone. It is something I wish to pass on, when I eventually (and hopefully) have children myself.

I probably first heard about CLAPA a few years ago when watching a celebrity version of a popular quiz show (I forget which particular one). What I do remember is that Carol Vorderman was on it and she was playing for CLAPA. I did some quick research and found out more.

I wanted to get in touch because, outside of personal family and friends, I have not really gotten my thoughts and feelings out there in the wider world. I’ve always wanted to share these with others in the chance that they will help.

It’s exciting that there is a community for people with cleft or with children who have it. I didn’t really have such a thing growing up and it was easy to feel isolated. If CLAPA can help parents, kids and adults with cleft feel a part of something larger, that there’s people there to help and to listen, then that can only be the very best of things.

My personal message for people out there, especially young people, who have cleft is:

You are no different to anyone else. Sure, we may have our scars visible on the outside but that doesn’t make you any less of a person. Embrace your difference – use it to make yourself stronger, more confident and smarter. Because, remember, everyone is different. Not everyone likes the same things or eats the same food or supports the same football team. If they did, what a boring world this would be! Embrace your difference, do not deny it.

And if you should ever feel down or alone, remember that you have friends and family. Remember that there are people there who will listen and love you no matter how you feel. Remember that all it takes is for someone to remind you that it’s not what you look like on the outside that counts, but how you feel and think and love on the inside.

And if you need more convincing:

If I could go back in time and get rid of my cleft: I wouldn’t. Not for a second. It’s made me the man I am today. It’s part of my identity. It makes me different and for that I am happy.