Claire Cunniffe and Kenny Ardouin recently had the opportunity to represent CLAPA at the Appearance Matters 8 (AM8) Conference in Bath, a global conference organised by the Centre for Appearance Research dedicated to exploring topics related to appearance, how we perceive ourselves, and how we are perceived by others.

Here, Kenny Ardouin (CLAPA’s Adult Services Coordinator) reflects on some of the key messages from the conference.

In the modern era of fake news, the name “Appearance Matters” could be seen as a bit of trickery, as one of the key take home messages is that appearance doesn’t or shouldn’t matter.

Appearance shouldn’t be allowed to hold anyone back, not to be used as a reason for treating anyone else any less favourably – most of all ourselves.

One of the key messages that I took home from AM8 is that having a positive perception of ourselves is of utmost importance to making the most of life. We tend to place a lot of value on what other people think of us (understandably so, after all, it does feel good to be accepted for who we are), and we certainly worry about what others may think of us. There is of course an amusing paradox in this: how can other people be that bothered about how we might look or dress when they’re so absorbed with worrying about themselves?!

Of course, some people an altered appearance that may fall outside what we typically consider “normal”. These present some challenges which are different, and really do matter.

With well over 100 different presentations at AM8, it is not possible to detail each and every one here, but I would like to sum up a few key things that I took away from the conference.

Keep in touch with the over achievers.

Jessica Smith, a paralympian and creator of the social media campaign “Join the Revolution” from Australia, opened the conference with her incredible story of how she got to where she is today and the challenges that she faced in order to get there. She made reference to overachieving in some areas to compensate the areas in which she was unfulfilled. This is of interest as it is likely that people we know may do this too – for example by overachieving at work to compensate for a less fulfilled social life.

We all know how important it is to have a good mental well-being – everything else we do is influenced by how we feel in our minds. Dianne Neumark-Sztainer from the United States used the example of how yoga can improve how we feel about ourselves, while others referenced meditation, mindfulness and exercise as strategies for dealing with those difficult days. We are all different, so when it comes to our mental health and well-being, it is important to find something that works for you.

We can have a tendency to assume that someone who was born with a condition such as cleft, or someone who has acquired an injury or illness is going to struggle and that their mental health is going to be negatively affected. Matt Ridley from CAR explained that in fact, many people develop resilience and gain strength from situations such as this.

We should celebrate that and recognise how far we’ve come down a sometimes bumpy road that most people never travel down or witness the sights that it offers. As I always like to think, the most difficult roads to travel are always the ones that lead to the most beautiful destinations.

Letting go of social media for a little bit might do you good.

The concept of social media “fasting” was discussed. Social media is addictive and there are many people, particularly teenagers who will do virtually anything to buy themselves some more of the social currency that is Facebook and Instagram “likes”. Boys and men, but especially girls and women, often had a tendency to objectify themselves on social media by sharing an image of themselves often with significant amounts of skin on display, and having altered their appearance through use of makeup or filters. It then changes our perception of what’s normal and can make us feel inferior if we don’t meet the artificially augmented standard. No one is showing you the 200 photos the person took beforehand that they decided weren’t “Facebook ready”. Therefore, a break from Facebook could be a good way to help you reconnect with the real world around you and break the addiction of fishing for likes. 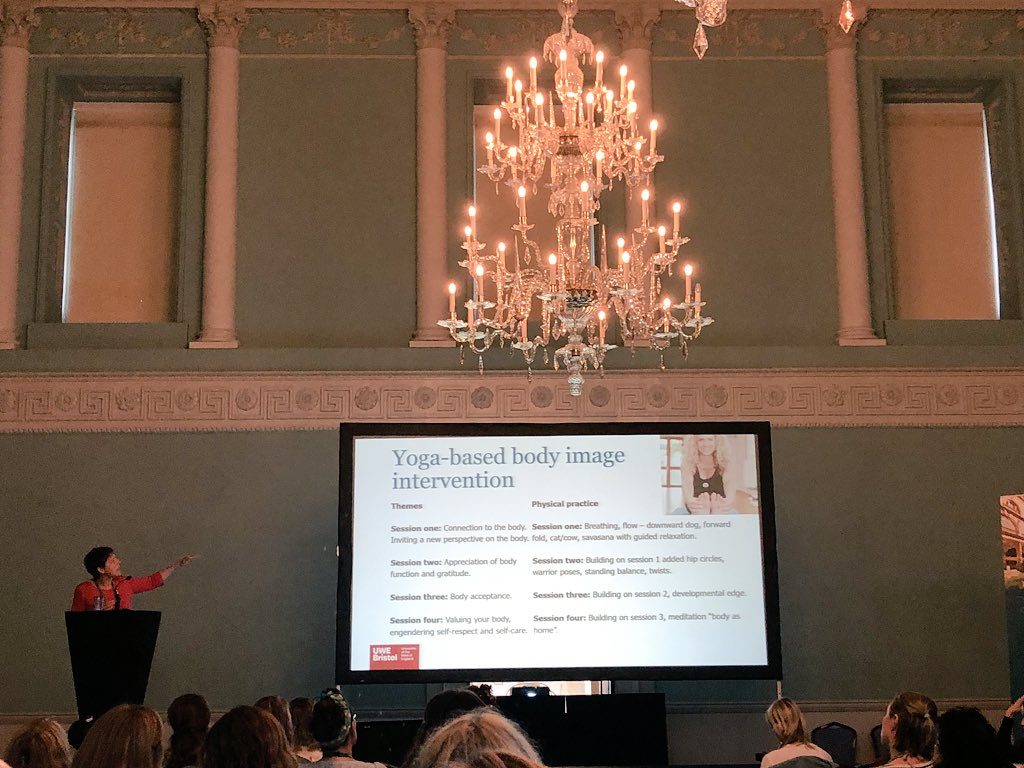 Unconscious bias is not widely recognised in this area.

Many of us will have heard the term “unconscious bias” being referred to in the wider equality conversation – it refers to when someone unknowingly or unwittingly discriminates against someone, for example by not considering them for a job. We are very aware that unconscious biases exist where gender and racial inequality are concerned and this is widely recognised, however that has not yet translated into the general public’s awareness of the same biases which often can lead to people who look or sound different being discriminated against.

There is a disturbing lack of psychology input when it comes to cosmetic surgery.

We were witness to a fascinating panel discussion on the role of cosmetic surgery. There is a general lack of psychology input when people are making the decision to have a cosmetic surgery – this seems to be a significant oversight given that when you drill down a little deeper, the motive for having cosmetic surgery is ultimately a desire to improve one’s perception of themselves in the hope that in turn improves their mental and emotional well-being. Therefore, would it not make sense for people to see a psychologist as part of the lead up to any cosmetic surgery?

Calm, sensitivity and compassion are key when delivering the news that your child has a cleft.

Bruna Costa from the Centre for Appearance Research presented on a survey designed by CLAPA and completed by members of the CLAPA Community about how the news that your child is going to be born with a cleft should be broken. Unsurprisingly, quality information, taking the time to deliver the news and answer questions, as well as demonstrating kindness and empathy were factors that were important to making that experience less painful.

A fascinating discussion from Kristin Billaud Feragan from Norway about the mixed messages we could be giving to children when we tell them that we accept them for who they are and the way that they look, whilst simultaneously signing them up to appearance altering surgery.

Thanks again to the team at the Centre for Appearance Research for putting on a great conference and to all the presenters who shared their work. You can see more of CLAPA’s experiences at the conference through our Twitter Moment.