Jenni and her daughter Izzy raised £448.27 for CLAPA through her Just Giving page and offline donations. Izzy held ‘cake Fridays’ where staff at work donated and sold some tasty treats, and they also took part in the Weston-super-Mare Half Marathon. 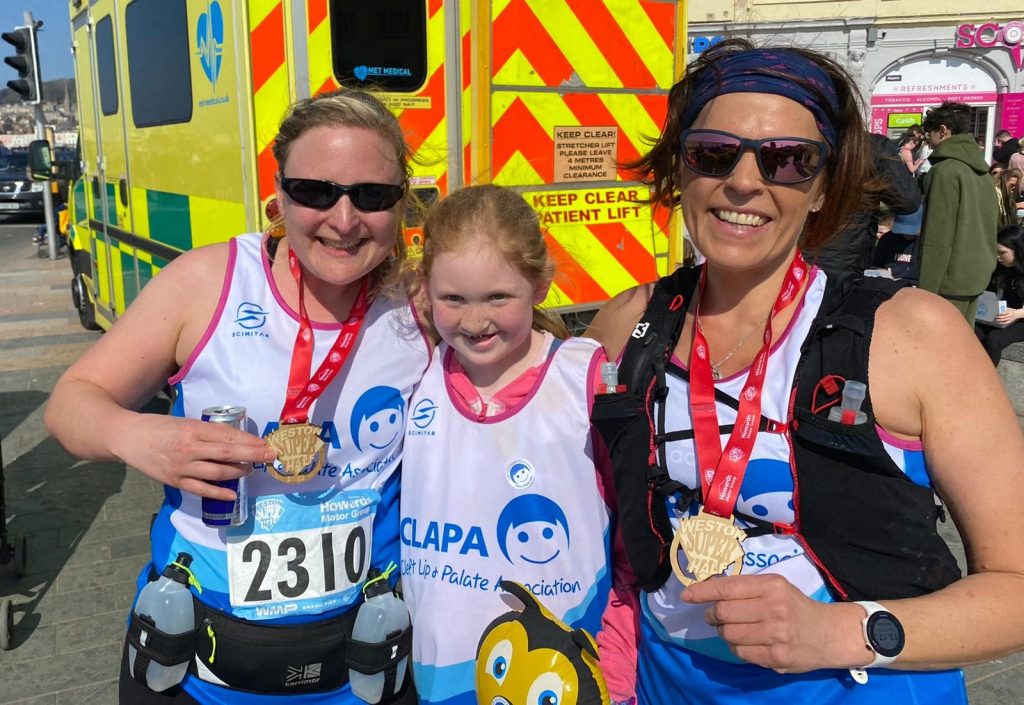 Jenni shares why fundraising for CLAPA means so much to her

“We embarked on the challenge two years ago, but due to Covid, we have had to delay and retrain several times, which was a challenge in itself. It was the money we had already raised that kept me going.

We chose CLAPA as it is a charity that helped us so much when my eldest daughter Izzy was born. We were unaware that she had a cleft lip and palate, but the cleft team was at my bedside within hours of her being born. They helped us practically by bringing bottles and emotionally by sharing photos of other children with us. The charity supported us through all her operations, and we just wanted to give something back. Izzy refers to CLAPA as ‘her charity,’ and she was just as proud to wear the running vest as I was.

The charity supported us through all her operations, and we just wanted to give something back. CLAPA is an amazing charity that helps family’s in their time of need.

CLAPA is an amazing charity that helps family’s in their time of need. As I ran amongst 3,000 runners yesterday, we didn’t see another CLAPA vest. If you would like a charity to support, this would be a fab choice.

Izzy is so proud of all the money we raised and is keen (once she is old enough) to run a half marathon with me to raise more. Although I love her enthusiasm, one is enough for me!”

Thank you for supporting CLAPA!

Inspired by Jenni and Izzy? Get in touch with our fundraising team by emailing [email protected] to find out how you can make a difference