As Casper’s first birthday approaches, Jemma reflects on the past year, and on her and Casper’s journey ahead.

#MyCleftStory so far, through the eyes of Casper’s Mummy.

We welcomed our third son, Casper into the world 22nd June, 2017. He arrived weighing a very healthy 8lb 2oz by a planned caesarean section.  He had lots of dark hair and we just loved him from the first glimpse.  He was truly beautiful!

Casper was born with a left sided unilateral cleft lip and bilateral cleft palate.  His cleft lip had been diagnosed during my 20 week scan, which happened to be Valentines Day.  Looking back, you could say from that point it felt like my whole world had stopped.  The rest of the pregnancy changed from the usual anticipation of  boy or girl and “Will they have my eyes, my nose, my smile?” to an intense 19 week period of every type of emotion you can throw at someone.  I was overwhelmed.  I felt angry, sad, guilty, frightened, lonely, and numb. If I’m honest, I just wanted to run away.

Making it harder was the fact that no one had exact answers to my questions;

“Would our baby be ok?” and “Why had this happened?” and “What would people say?”

The cleft lip and palate team contacted us very swiftly and we met with our cleft nurse a week later.  She provided us with lots of information about children with cleft lip and palate, feeding, surgeries, recovery and other health professionals we would meet on the way (like psychologists, speech and language therapists and audiologists). They also gave us CLAPA leaflets and contact numbers.

There was a lot of information to take in.

It was too much. I cried and I resented it.  We got to see pictures of lots of other children who had cleft lip and palate and those that had been through surgery.  It was reassuring, though it also made me ask lots more questions.   I would find myself saying, “It’s amazing, but it’s not my child”, “what if my child’s surgery wasn’t this good?” and “What if the surgery went wrong?”

During my pregnancy we met with other expectant families at an antenatal group, set up by our local cleft lip and palate team and there we met a family whose child had been born with a cleft lip and palate.  The afternoon went by in an emotional blur, however it was a positive experience and I felt happy to have met the families. 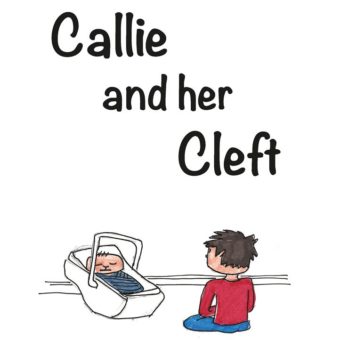 We bought a little book called ‘Callie and her Cleft’ from the CLAPA website.  It helped us to explain to Casper’s brothers what to expect of their new sibling and the surgeries that they would face.  Casper’s eldest brother was so passionate; he took the book into his school class and told them everything he had learnt.  He had a lot to be proud of; he was reassured and not scared.  I learnt a lot from him.  He had told all his friends and lots of adults and from this point, I followed his lead.

I accepted help from the cleft lip and palate team psychologist, who helped me though, the anticipation of the unknown and helped me to find perspective on the emotions that I felt.  The cleft lip and palate nurse visited us at home and bought us bottles that Casper would need to feed with, and we practiced how to use them, so that he would get his milk.  I also chose at 36 weeks pregnant, to start expressing breast milk, with the breast pump that the cleft team had provided me with.  I felt like I had some control back, into the preparation of our baby’s arrival.

8:52am, the minute that Casper Eli arrived, I was so happy.  A third boy!  He was mine and so amazing.  He had a left sided cleft lip and bilateral palate and it didn’t even matter.  Casper spent a few minutes in the delivery room, before being whisked to the Neonatal Intensive Care Unit, where he spent his first 24 hours, as he had some respiratory distress.  It was tough for me, as I didn’t know what was happening.  I was reassured, as I had sent his daddy to stay by his side.  I was able to see him as NICU had taken a photo of him, and I was so proud.  I didn’t mind showing and telling anyone who was interested and this has remained the same.  I was relieved, Casper was safe.

We were discharged home after 2 days.  Together we got used to Casper’s bottles, squeezing the milk into his mouth, I got used to expressing, and Casper gained weight.  Our family was just fine.  Casper and his brothers have a close bond together.  They certainly make each other happy, as if there’d always been the 3 of them. 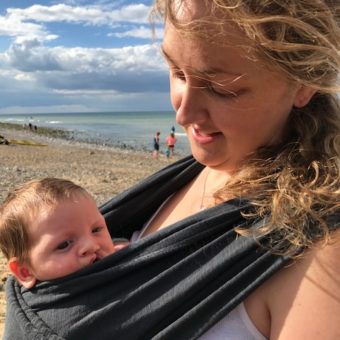 After Casper was born, it felt like he had a lot of hospital appointments (Cardiology, Genetics, medical photography and pre op. etc). The biggest by far was Caper’s hospital admission for his cleft lip closure.  Casper was 4 ½ months old when he had this first surgery and it provoked a lot of apprehension. Lots of uncertainty and questions were stirred up, just like when I was pregnant.  We waited about 4 hours for the pager to alarm for us to go to recovery room.  When the pager finally alarmed, I found myself running down the hospital corridors to get to him.  I just wanted to know he was safe, and he was.  His lip was closed and it looked sore; it looked different, too though I definitely still loved him, just as much.  He was still our Casper!

After the surgery, Casper took milk from a few syringes and then quickly went back to his bottles, feeding little and often.  He slept not too bad, he cried, he fed, and most importantly he still smiled.  Casper really amazed us.  He was so brave and not phased a bit.  We soon were able to get back into our usual routine, continue weaning him onto solids, as we had done.

Currently, Casper is still to have his cleft palate repair.  The surgery has been postponed on two separate occasions, once as he had bronchiolitis and the other as he had a temperature.  So in the mean time, we’ve met the Speech and Language Therapists, had an audiology appointment, had a post op appointment and a few more pre op appointments!  Casper has mastered crawling, pulling himself up on furniture, cut his first tooth and learnt how to scrunch up his nose, to name a few milestones.  We have now known his ‘Forever Smile’ for as long as we knew his ‘Cleft Smile’.  It’s not something I ever imagined I would say out loud.  It’s been an emotional Cleft story so far, and definitely one I wouldn’t want to change.  We are hopeful that once this is published, Casper will have had his palate repair the day after the Cleft Lip and Palate Awareness week 2018, so fingers crossed…. 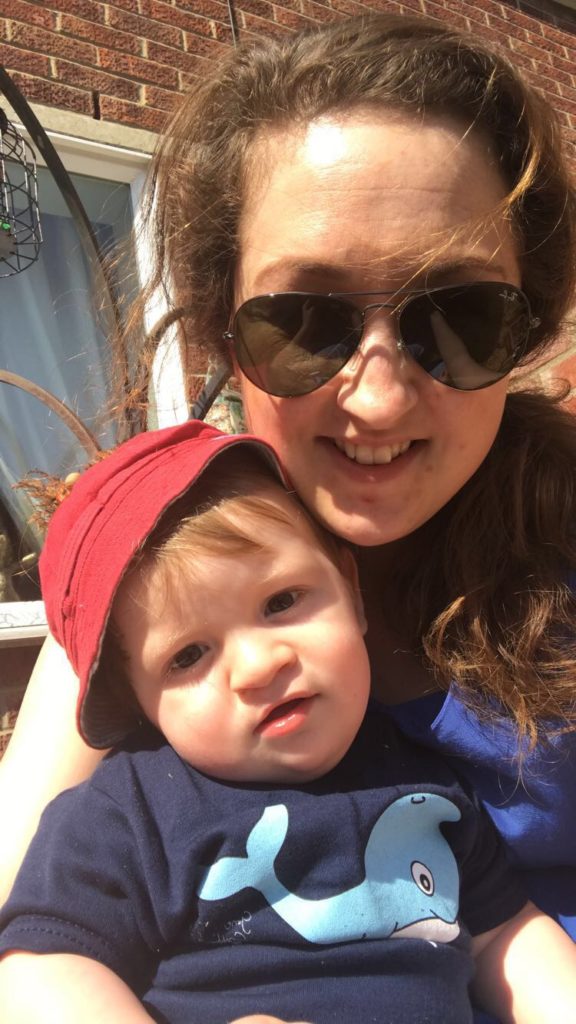