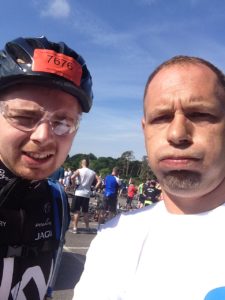 Last month, Geoff from Bond Signs took part in the London to Brighton Cycle- a grueling 54 miles from Clapham Common in London to Madeira Drive on the Brighton sea front to raise money for CLAPA! 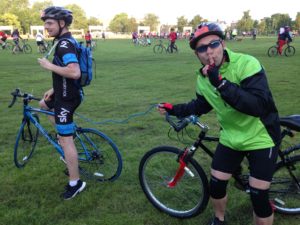 Geoff says ‘Since the birth of our incredible daughter Katelyn, who was born with a cleft lip, I have wanted to do something to help raise money for the Cleft Lip and Palate Association. I don’t know how me and Nik would have made it through without the help and support of these guys. This is my way of saying ‘Thank You’ and to help put some money back into the pot to help other families in a similar circumstances’. 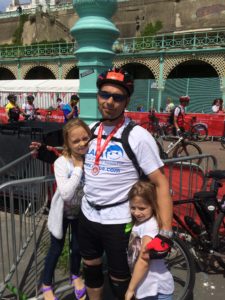 Despite being a self-proclaimed fundraising newbie, Geoff and the Bond family have managed to raise a whopping £1300, making him one of JustGiving‘s top 5% of Fundraisers in June! Fantastic! 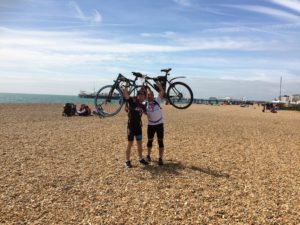 You might remember Bond Signs Geoff Bond, if you donated anonymously to his bike ride from London 2 Brighton, then he and wife Nikki have a message for you that we thought was too lovely not too share…

Geoff made his own personalised thank you cards, so not only was he able to say thank you, he used it as a way to provide an update on exactly how much money they had helped to raise! What a great idea!