Once again the lovely Carol Vorderman will be trying to win some cash for CLAPA over the festive season. Carol will appear on ITV1’s “Celebrity Catchphrase” Christmas special on the 29th December at 7 pm. Fingers crossed she will get lucky!

Over the last 8 years, Carol has raised over £90,000 for CLAPA, so we are eager to find out whether she will win big again! 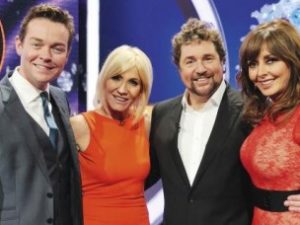 We are so lucky to have Carol as a patron especially since she is so busy with various charitable causes. Carol’s brother, Anton, was born with a cleft lip and palate which is why Carol often chooses to give proceeds from gameshow appearances to CLAPA.

“I’m very proud to be involved with CLAPA. We are the only national charity providing much needed support to thousands of children and families affected by cleft lip and palate.”

I’m sure you will all join us in wishing Carol the best of luck on the night and thanking her for supporting CLAPA!